【Introduction】：The ancient city of Petra, also known as the "Rose City", is one of the most renowned relic sites in Jordan. The English poet John William Burgon once described Petra as "A rose-red city, half as old as Time".

The ancient city of Petra, also known as the "Rose City", is one of the most renowned relic sites in Jordan. The English poet John William Burgon once described Petra as "A rose-red city, half as old as Time". 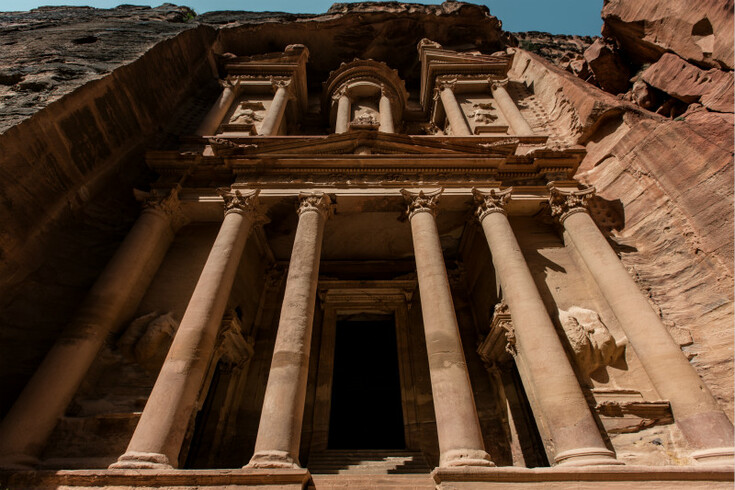 As a member city of WTCF, Petra was ranked among the New 7 Wonders of Nature in 2007. One may wonder about the uniqueness of this historical city, how it promotes relevant policy measures to attract Chinese tourists, where it ties into the framework of the Belt and Road Initiative, or how Jordan enhances practical cooperation in tourism with China and the rest of the world? 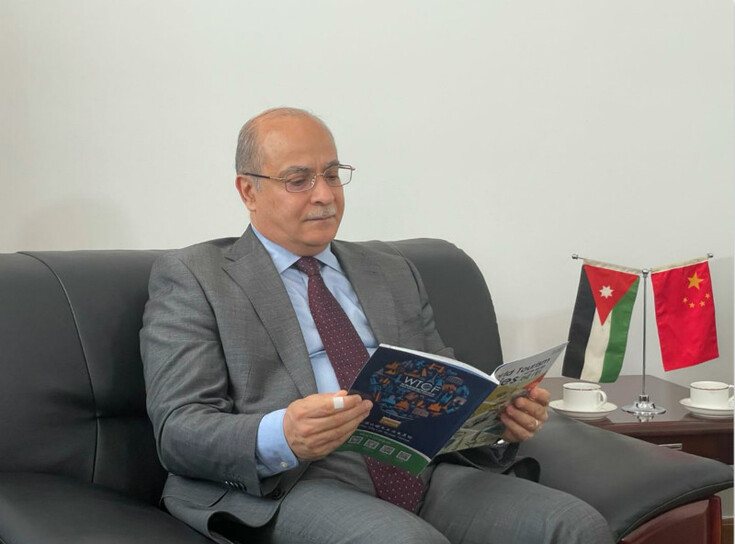 To answer these questions, WTCF has conducted an exclusive interview with Hussam Al Husseini, Jordanian Ambassador to China, trying to showcase the unique charm of Petra's culture and history.

The Ancient City of Petra: Discovering the Unique Charm of the Ancient Civilization on the Silk Road

"When you go to that area, when you go to this particular location, you're not just simply visiting a landscape, or a, particular archaeology. You are visiting a crossroads of civilizations and the manifestation of a deep history of that region and of the world at the same time," says Ambassador Hussam Al Husseini. Jordan is situated at the intersections of Africa, Asia and Europe. The unique geographical location has nurtured a civilization with a long history. 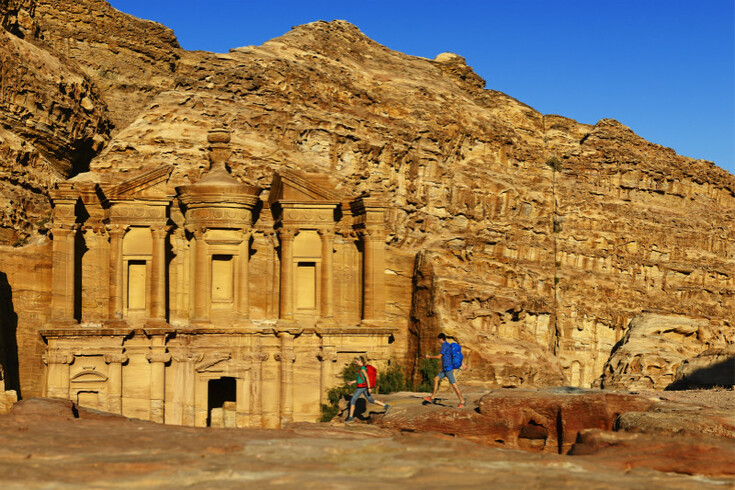 At the end of the sixth century BC, Nabataeans chose to settle down in Petra and made full use of its unique geographical location by turning it into a hub of economic and trade exchanges. They built Petra into a prosperous kingdom and enhanced its economic growth.

The ancient city of Petra rests on the slopes of Jebel al-Madhbah in Southern Jordan, famous for its featured architectural styles and hydraulic engineering system. Ambassador Hussam Al Husseini told the reporter that "Petra is a cross road of civilizations, and it is a brand new Arabic civilization." Right here, tourists can learn about the ancient Arabian civilization and retrace the civilizations of the Middle East. 2,500 years ago, Petra was also a significant trade hub on the Silk Road, enabling China's silk and spices to enter the markets of Jordan. Meanwhile, the ancient city drew a large number of visitors, thus promoting cultural exchanges between China and Jordan. Now, Petra is as charming as it was before and comprises of characteristic architectural styles. 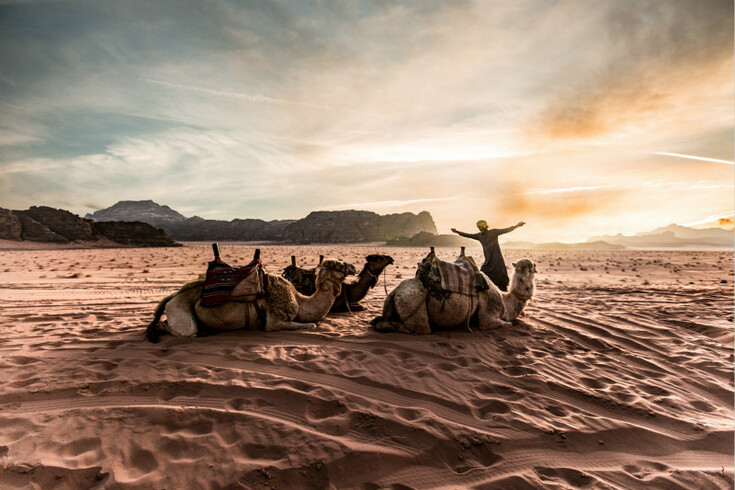 "This magnificent architecture of the city is one thing that could attract tourists. But at the same time, it's also the deep history of this very rich kingdom and the sophisticated lifestyle that was created inside the city," Ambassador Hussam Al Husseini told the reporter. In addition, he recommended some other tourist attractions of Jordan to global tourists, such as Amman, the capital of Jordan and Wadi Rum known as the "Valley of the Moon".

As the pillar industry of Jordan, tourism accounts for a large part of the national GDP and provides a large number of job opportunities for locals. The pandemic has dealt a heavy blow to Jordan's tourism. In response, Jordan's government has implemented a series of measures to stimulate the tourism recovery. Amid the epidemic, the government fully supported domestic tourism, provided free public transportation services among major cities and distributed travel packages to restore the confidence in the tourism market.

In terms of the influence the pandemic has exerted on tourism, the ambassador Hussam Al Husseini noted that he hoped international travel restrictions could be relaxed earlier than expected and that more global tourists would come to Jordan. On 7 June this year, the Jordan Tourism Board stated that the country is fully prepared to reopen its borders for international tourists. China is among the first batch of countries that will benefit from relevant policies.

In order to attract more Chinese tourists, Jordan has adopted a variety of policy measures. The ambassador Hussam Al Husseini mentioned the Embassy of Jordan will provide better services for Chinese travelers, in an effort to improve their tourism experiences in dining and shopping. In terms of visa policies, Chinese tourists could directly get their visas at the airport or go to the embassy for help. Meanwhile, Jordan will offer preferential policies when granting Chinese nationals tourist group visas. Moreover, they can buy the “Jordan Pass” online and then enjoy one-off payment of fees at all scenic spots. Such preferential services are intended to draw more Chinese travelers to Jordan.

The ambassador Hussam Al Husseini said that Chinese travelers will be impressed by the hospitality of the locals and have great fun in Jordan. 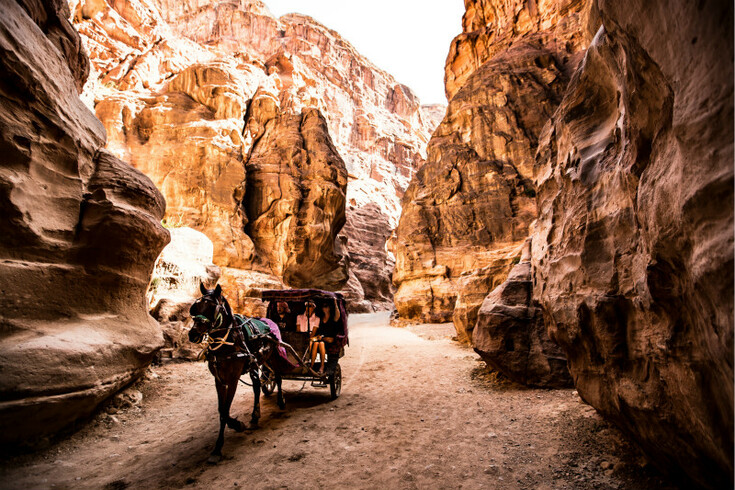 Petra is a member city of the WTCF. According to Hussam Al Husseini, Jordan will vigorously keep close contact with WTCF and hold a variety of important meetings and exhibitions. The country also hopes to hold multiple forms of tourism-related activities with the global organization so as to boost practical cooperation and cultural exchanges.

As an ambassador stationed outside his homeland, Ambassador Hussam Al Husseini actually enjoys his tenure in China. He stated, "I found that I am always met with open arms and with warm hospitality here in China."

Notably, Ambassador Hussam Al Husseini has traveled to a number of provinces around China. He stated, "It's not only impressive for me to see the great achievements and advancements of the country on several planes, such as economy, development, and so forth. But also, it shows how much we have of shared and common values between my country, Jordan and China， and how much we are all keen on developing every possibility to make the quality of life for our people better. I see it everywhere I travel here in China with appreciation and admiration at the same time. I'm sure that this kind of experience that I'm gaining here will further encourage me to continue to strengthen the relations between Jordan and China."